On March 5th, a sold-out audience of nearly 300 dined at the newly re-designed Club Pelican Bay, with proceeds benefiting the Museum’s Education Programs.

Our Featured Speaker was David Eisenhower, grandson of the late President. Mr. Eisenhower stopped by the Museum before the event for a brief tour with Curator Cody Rademacher and met Board Members Herb Berkeley and Richard Grossman and Executive Director Susan Suarez. Also in attendance was special guest – Holocaust Survivor Reva Kibort, who was accompanied by her niece, Bobbi Heiligman. As a 12 year-old orphan in a Displaced Persons camp, she was selected to present flowers to General Eisenhower.  In a touching moment during the Triumph dinner, David Eisenhower presented her with flowers. WGCU Public Media reporter Quincy Walters was on hand during the Museum tour to interview David and Reva. Click here for the interview.

In her opening remarks, Executive Director Susan Suarez acknowledged the Holocaust Survivors in attendance. She also recognized Founding Curator Lorie Mayer, who will be moving out of the area next month. Founding Board Member Michael Feldman, who has just re-joined the Board, presented Lorie with flowers.

The big news of the evening was the announcement of two major milestones for the Museum: our upcoming move to larger quarters, and the announcement of the Museum’s first-ever Capital Campaign. To date, $2.1 million of the $3.5 million goal has been raised. And, thanks to a generous anonymous donor, a $100,000 match was announced for funds raised by the Triumph 2018 event.

During dinner, a special presentation was made to mark the 20th Anniversary of the Golden Gate Middle School classroom project about the Holocaust, “Out of The Ashes”.  We were so pleased David Bell and Michelle Lee, the teachers who created the project with their 7th grade students during the 1997-1998 school year, were able to join us. “Out of the Ashes” carried on the Holocaust Education work begun by General Eisenhower.  This student project became the genesis of our Museum, founded with community support in 2001.  To date, our Education programs have reached over 175,000 SWFL students grades K-12 and college/university. Wouldn’t the students be amazed at the impact their project has had in our community and beyond. In addition to the students reached by our programs, visitors from all 50 states have been to the Museum, as well as visitors from over 40 countries!

David Bell then spoke to the audience, as did Herb Price, son of the late Holocaust Survivor, Abe Price. Abe had worked with the students on “Out of the Ashes” project. Both speakers emphasized the importance of continuing General Eisenhower’s mission to educate the world about the Holocaust in the hopes of preventing future genocides, and noted how crucial it is that the Museum be supported to carry on that work today through its mission: Teach the lessons of the Holocaust to inspire action against bigotry, hatred and violence.  Dr. Patton also addressed the guests about the Museum’s work over the years with Collier County schools and teachers.

The stage was then set for a special conversation between David Eisenhower and former CBS News correspondent Phil Jones.They discussed the life and legacy of Dwight Eisenhower, and his determination to be sure the Holocaust was documented and remembered. David has written two books about his grandfather’s life – Eisenhower at War about his grandfather’s military career and Going Home To Glory, a personal reminiscence about life with his grandfather in the years 1961-1969. We thank Phil Jones and our Featured Speaker, David Eisenhower for their inspiring conversation. 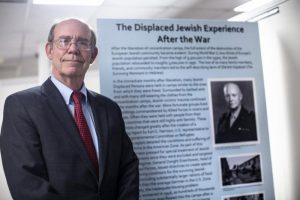 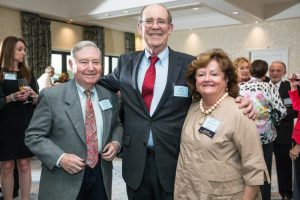 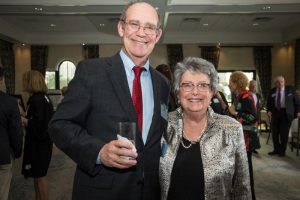 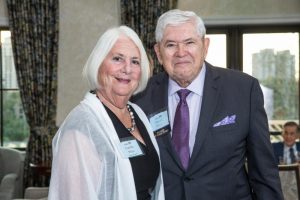 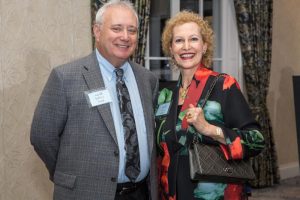 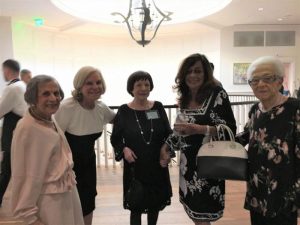 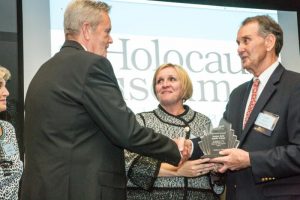 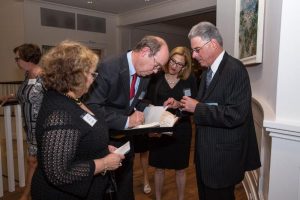 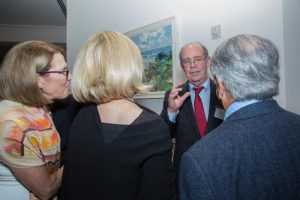 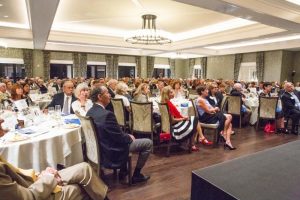 We thank our Sponsors and all who supported the event:

All photos by: Dell River Imagery