The Naples Holocaust Museum and Education Center is hosting an exhibit of violins once owned and played by victims of Nazi concentration camps. This week a performance featuring the restored instruments will honor their stories.

The exhibit is called Violins of Hope and has been on display since Nov. 14. It tells the story of how violin maker Amnon Weinstein from Israel, the son of Holocaust refugees, began collecting and restoring instruments that were once owned by concentration camp prisoners.

The imprisoned musicians were forced to play in punishing weather and brutal circumstances. They played as new arrivals to the camps were separated from their families, as prisoners walked to the gas chambers and sometimes simply for the entertainment of Nazi officers.

“The Nazis did use the orchestras in order to show visiting dignitaries ‘look what we are able to do here,’ said the museum president and CEO Susan Suarez. “But the prisoners themselves wanted to create music as a way to just feel human in a situation where they have been deprived of every type of human dignity.” 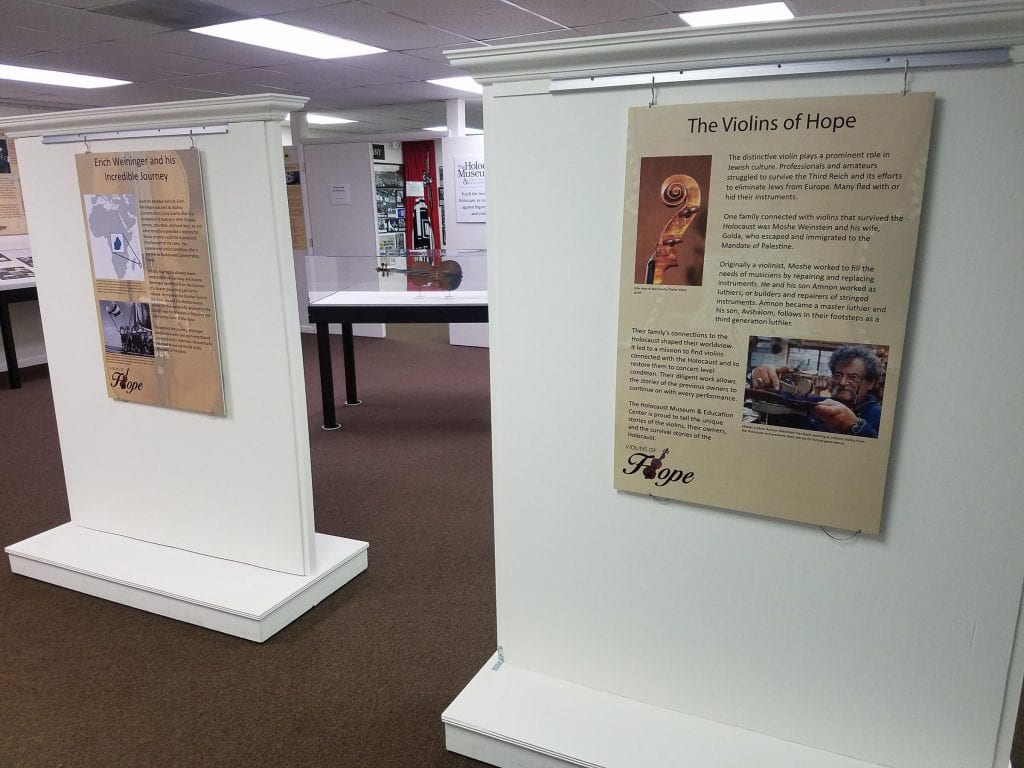 The Violins of Hope exhibit on display at the Naples Holocaust Museum tells the story of how an Israeli violin maker began restoring instruments previously owned by concentration camp workers during the Holocaust.
©ANDREA PERDOMO / WGCU