We are pleased to announce the opening this month of The World Knew: Jan Karski’s Mission for Humanity. It will be on display from January 3 through May 14, 2017.

The new exhibit profiles the life of the extraordinary Jan Karksi, whose personal experience in World War II spanned the gamut from reserve officer and junior diplomat to Polish Underground courier to the Polish government in exile in London. In 1942 and 1943, he personally alerted British Foreign Minister Anthony Eden, President Roosevelt and U.S. Supreme Court Justice Felix Frankfurter to the presence of Jewish Ghettos, transit camps and the atrocities being committed against Jews in Poland and Eastern Europe. However, his reports were met with disbelief, and, as a result, no help was provided by the Allies to relieve the plight of the Jews. 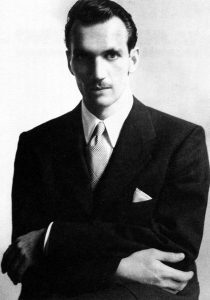 Karski didn’t give up trying, however, because he knew firsthand the dangers Jews were in during the war. He was an eyewitness to the cruelty of the Nazis. In 1940, as a member of the Polish Underground, he was betrayed. Arrested and tortured by the Gestapo, he tried to commit suicide to prevent providing information on his group’s activities. Miraculously, he was able to escape with the help of the Polish Resistance. In 1942, Karski personally investigated conditions in the Warsaw Ghetto, where he was smuggled in using a disguise. He also went undercover in a transit camp, where he saw Nazi mistreatment and killing of Jews. His courage, knowledge of four languages, photographic memory and diplomatic skills made him a key underground operative.

In 1944, Karski wrote Story of a Secret State: My Report to the World, documenting his work in the Polish Underground, providing further evidence to convince the Allied powers of the need to act against the Nazi atrocities that went far beyond the normal acts of war. After the war, he settled in the U.S., becoming a citizen and professor at Georgetown University for 40 years. He married Pola Nirenska, a dancer who was a Holocaust Survivor. After the war, he didn’t want to speak about his experiences. Eventually though, he felt compelled to, saying, “I have no other proofs, no photographs.”

He was known as an incredibly humble person. Despite all his courageous acts and diplomatic efforts, he once told colleagues during a talk that he felt he “didn’t do enough” to help the Jews and occupied Poland. He died in 2000, and was posthumously awarded the Presidential Medal of Freedom in 2012. Yad Vashem also recognized Karski in 1962 as “Righteous Among The Nations”. 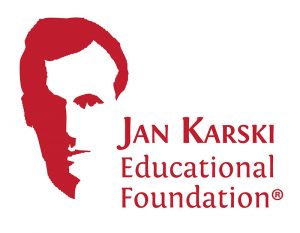 The tour of The World Knew: Jan Karski’s Mission for Humanity traveling exhibition is organized by the Jan Karski Educational Foundation. The exhibit was created by the Polish History Museum with a major support from the Polish Ministry of Foreign Affairs. Additional funding was provided by the National Endowment for the Humanities. Any views, findings, conclusions or recommendations expressed in this exhibition publication do not necessarily reflect those of the National Endowment for the Humanities.