“Two Regimes” shares the story of a family in Mariupol, Ukraine, under the brutal regimes of Josef Stalin and Adolf Hitler. Teodora Verbitskaya, her young daughters Nadia and Lucy, and extended family, were swept up in the collateral damage of genocide and war, including the 1932-1933 Holodomor ordered by Stalin and the Holocaust.

During World War II, the Nazis sent Teodora and her two daughters to Germany to work as slave laborers in forced labor camps. They endured this until 1945 when they were liberated by United States troops. When the war ended, they spent time in displaced persons camps until Teodora and her daughters were able to emigrate to Canada.

“Two Regimes” includes passages from Teodora’s memoir about her life from 1920-1945. The exhibit’s paintings, were done from memory by Nadia, a professionally trained artist. 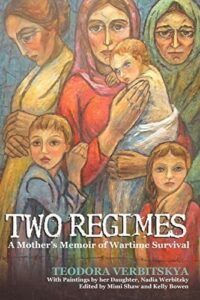 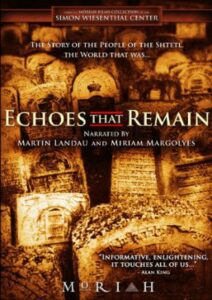