Marching in America: Fascists, Nazis, and White Nationalists Past and Present

On display from January 20 through May 31

Marching in America: Fascists, Nazis, and White Nationalists Past and Present details the homegrown fascist movements and their modern descendants. The exhibit highlights the developments of fascist and neo-Nazi movements within the United States. Beginning with Italian and German movements of the 1920s and the 1930s, Marching in America then moves into the post-war era of the American Nazi Party and into modern day movements. Groups and subjects highlighted include the German-American Bund, the Silver Legion of America, the American Nazi Party, and the “Illinois Nazis”, and modern day White Nationalist movements. 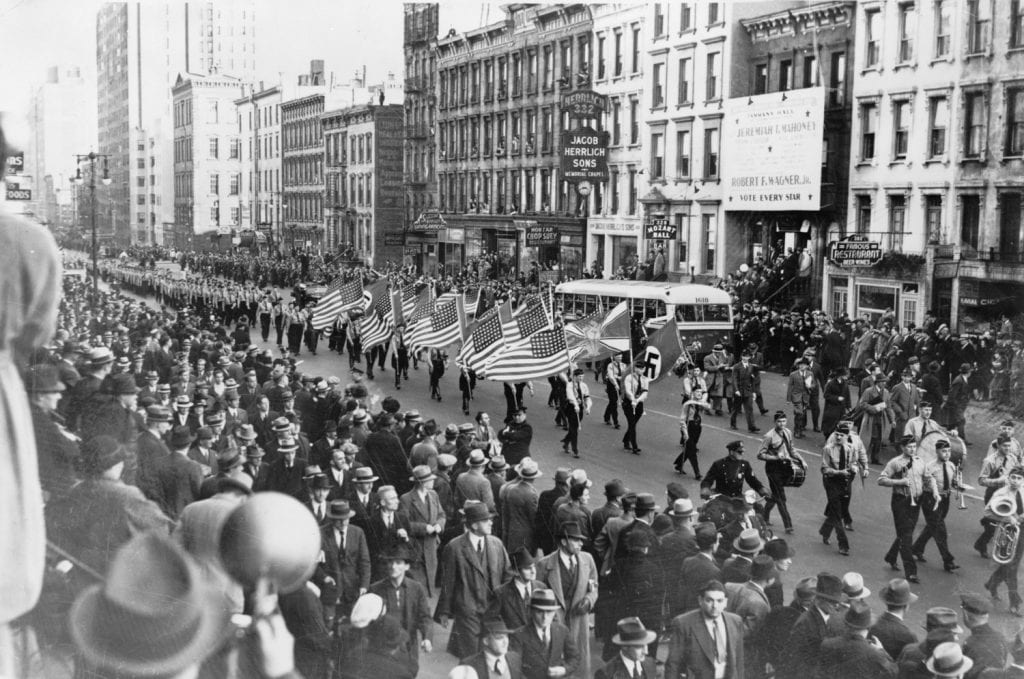 An event every week that begins at 12:30 pm on Tuesday, Wednesday, Thursday and Friday, repeating until May 31, 2019