This Event is SOLD OUT. Sorry – no waiting list.

“Defiant Requiem” chronicles a trip by modern American conductor Murry Sidlin and a chorus to the site of the June, 1944 performance of Verdi’s Requiem. Performed by the prisoners of the Theresienstadt (Terezin) concentration camp for their captors and inspectors from the International Red Cross it was part of the propaganda effort meant to show how well the Germans treated their prisoners. Czech conductor Rafael Schächter taught his fellow prisoners in the camp to perform Requiem in Latin. For many including Schächter, it their last performance before being sent to their deaths in Auschwitz. In this documentary Sidlin and his chorus recreate the Schächter performance to highlight this story of the courage and resilience of the human spirit. This program is free and open to the public. RSVP required at HMCEC.org 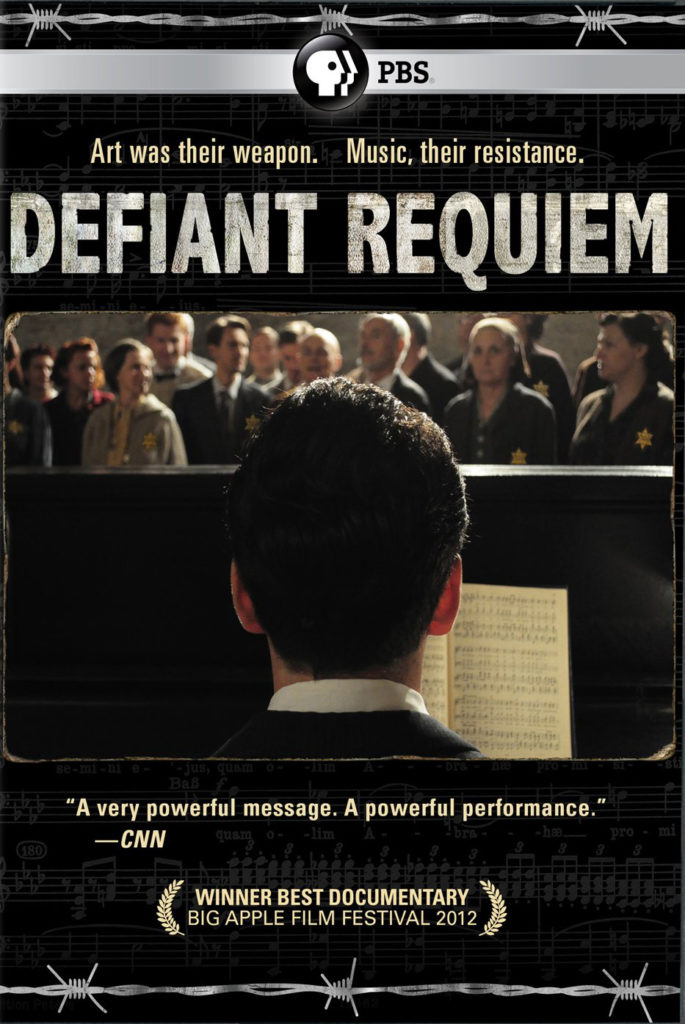